Duplex vs Triplex vs Four-plex 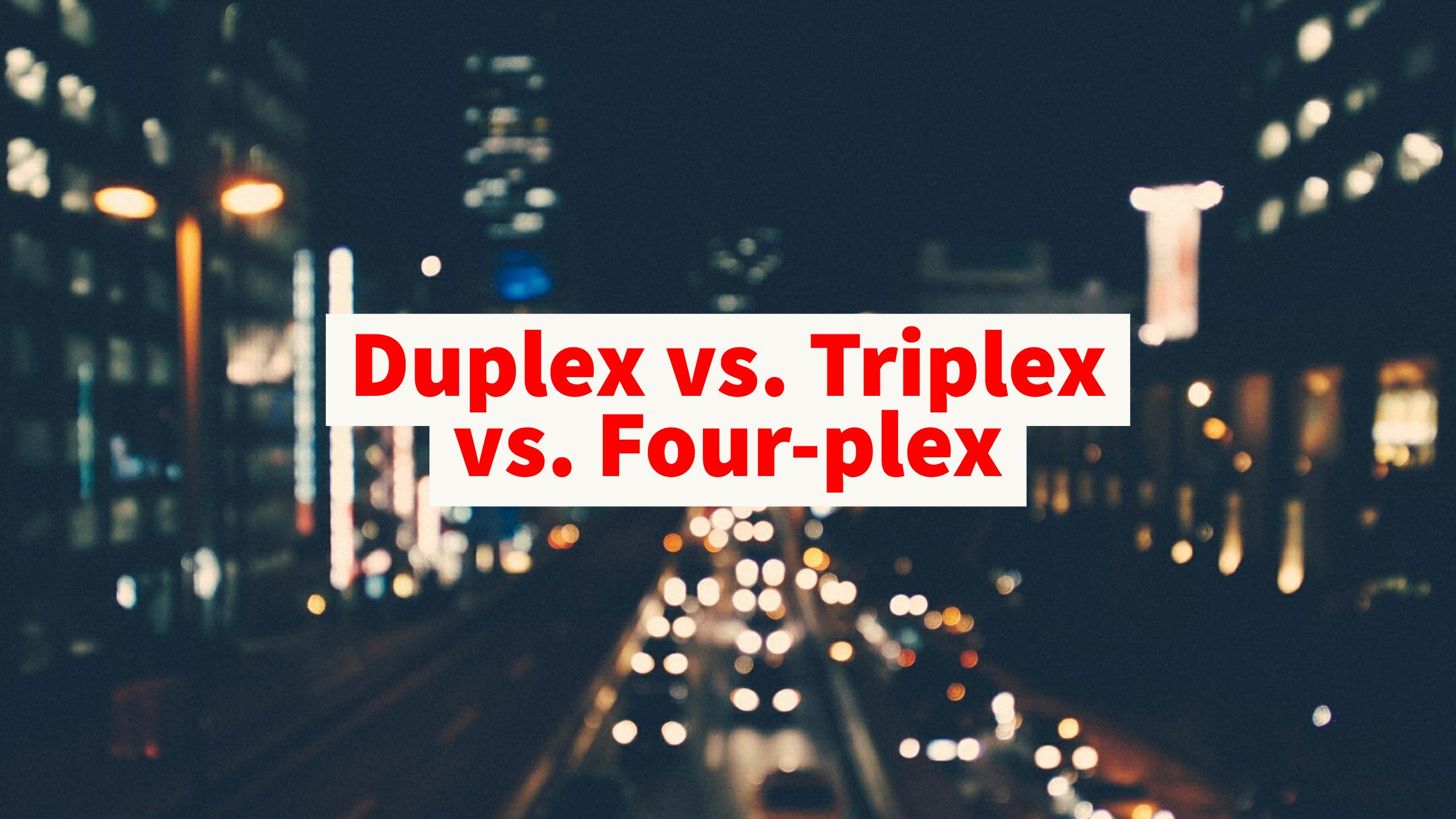 If you’re investing in rental properties like duplexes, triplexes, and four-plexes in Minneapolis and St. Paul, you will want to look at this comparison.

First off, most new investors are drawn to buildings that have more units. Maybe it’s a subconscious pull that they feel – or they just like the idea of pulling up in front of an apartment building and saying “that’s mine.”

Like with most real estate investment scenarios, there are pros and cons for choosing both bigger and smaller.

Here Are a Few Reasons to Buy Smaller Properties (Duplexes and Triplexes):

On the Other Hand, Here are a Few Reasons to Choose a Four-plex (or Larger):

Why Are Four-Plexes So Hard to Find?

The reason is simple; about half of the duplexes and triplexes currently available in the Twin Cities today were single-family homes at some point or another. They were large properties built in the early 1900’s that ended up converted into duplexes and triplexes in the 1950’s and 60’s when there wasn’t as big a call for huge 5+ bedroom homes in the cities.

On the other hand, four-plexes and small apartment buildings would generally have to have been originally built that way. It’s not easy to convert a single family home into a space that can have four units within it.

Another important consideration in the duplex vs. four-plex debate is the current owner’s knowledge of the rental market.

Whenever you get people that only have one or two properties, you will find that they generally don’t know the going rate for rents and that they often don’t keep their properties in as good of condition as a professional investor.

The properties that need to be renovated and aren’t receiving market rents offer investors the best potential to add equity and additional income to the property.

Four-plexes and Their Savvy Owners

With fourplexes and small apartments, the owners are usually savvier and you will often pay a premium to acquire their properties.

The other disadvantage to pursuing four-plexes is that you have a lack of inventory due to actual properties, but you also have a shortage due to the fact most owners hold their properties longer – sometimes forever.

I recently saw a four-plex that came on the market in Northeast Minneapolis that had been family owned since 1937.  Duplexes are often owner-occupied – when people tire of living in the city or long for a single-family home, they sell.

Keep in mind that every deal is different, so you may find the deal of the year being a four-unit building, but its less likely.

In the first seven months of 2015, for instance, 209 duplexes had sold in Minneapolis. In the same period, just 9 triplexes and 10 four units had sold.

So why do people like the Idea of a triplex, four-plex or even a small apartment building?

For one thing, it’s easier to manage one location of a four unit rather than two duplexes.

You only have one roof to contend with, one lawn, one set of sidewalks to shovel. You can often accomplish more in a day working at one location rather than two. You also benefit when you increase the rent with a four-plex because you get 4 different incomes rising vs. two with a duplex.

Some disadvantages to a larger building are that you often pay a higher premium (percentage wise) with insurance on a four unit vs. a duplex. It doesn’t just increase by 100% for two more units. I have seen taxes increase at a higher multiple too.

Another pro to larger buildings is that if you have one vacancy its ill effect is diluted compared to a vacancy in a duplex that can be detrimental.

The con to that same argument is that tenants usually co-exist on a better level in duplexes than in larger buildings. I have heard from many an owner that two sets of tenants often get along better than four or eight.